In recognition of the valuable contributions women have made to the workplace, K-Electric held a mega-event to honor their efforts towards improving the energy sector of Pakistan.

In addition to celebrating the accomplishments of almost 100 Women on Wheels (WoW), the event served as a graduation ceremony for those who have been trained in motorcycle operation and maintenance.

Afia Salam, member of the board at Salman Sufi Foundation and Chief Guest at the event, expressed her delight at the occasion by commenting “Salman Sufi Foundation and K-Electric share the same vision of creating an enabling environment that allows women to be independent, so both organizations are ideal partners. It’s great to see that the utility fundamentally understands the importance of empowering women to elevate society and the economy.”

Recording the consumption on the meters of KE’s 3.2 million customers is the first step towards ensuring their monthly bills arrive on time every month. As part of KE’s meter reading team, 27 female Meter Data Maintenance Officers cover 8000 consumers each day. Women are also encouraged to join the company’s management  and engineering teams, which will benefit from their experience in driving efficient and thoughtful decision-making.

The KE Roshni Baji program, which began in February 2021, was designed to address the thorny issue of community safety as part of the NEPRA vision of empowerment and prosperity. The company inducted 40 female ambassadors from the most crowded areas of Karachi as safety ambassadors.

Additionally, the women received training in how to operate and ride motorcycles, self-defense and also received 8000 hours training to become first certified female electricians of Pakistan.

The program ties diversity, safety,  and inclusion with empowerment has earned success both on a domestic and international level. S&P Global Platts Energy Award was presented to the program in December 2021. Also currently active in the field is the second cohort of 60 women, which has covered over 150,000 households with information on how to use electricity safely in their homes and prevent harm to themselves and others.

Pakistan ranks 7th among 8 countries in South Asia in the Gender Gap Index Report 2021, only 22.6% of its female citizens are in the labor force, according to World Economy Forums. K-Electric is proud to be a leader in helping to reduce this number. 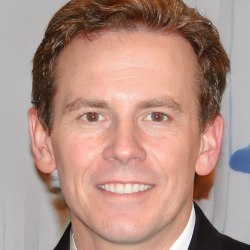